Meteora & Delphi Trip is a special experience for those who want to discover history and culture in Greece. Visit two important monuments of world heritage.

The tour begins with a passing through the picturesque village of Arachova, famous for its handmade carpets and other handicrafts.

Then we meet Delphi, which in ancient times was considered the center of the world. There stood the temple of Apollo in whose name the oracle Pythia made the most famous prophecies. There you can also find the natural spring Krystallia, the water of which is said to have anti-aging properties, as well as an archaeological museum with amazing exhibits. (eg Charioteer). You will have the opportunity to taste Greek cuisine in a traditional tavern and then continue to check in at the hotel in Kalambaka.

On the second day it is Meteora’s turn. Various monasteries are built on steep cliffs, which together form the second largest monastic unit in Greece. The access to them is special, as is done through narrow paths carved in the rocks or through bridges hanging over the void. We will visit two monasteries where you will have the opportunity to learn about the daily life of the monks, exploring ancient temples, murals and old pictures. In those monasteries are preserved ancient relics and priceless manuscript collection.

On the way back there will be a short stop at the monument of Thermopylae.

*Meteora or Delphi can also be done in one day tour 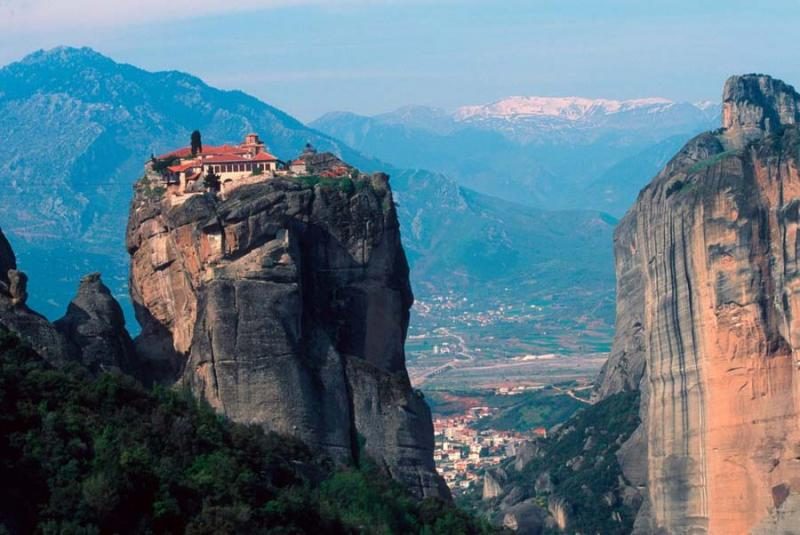